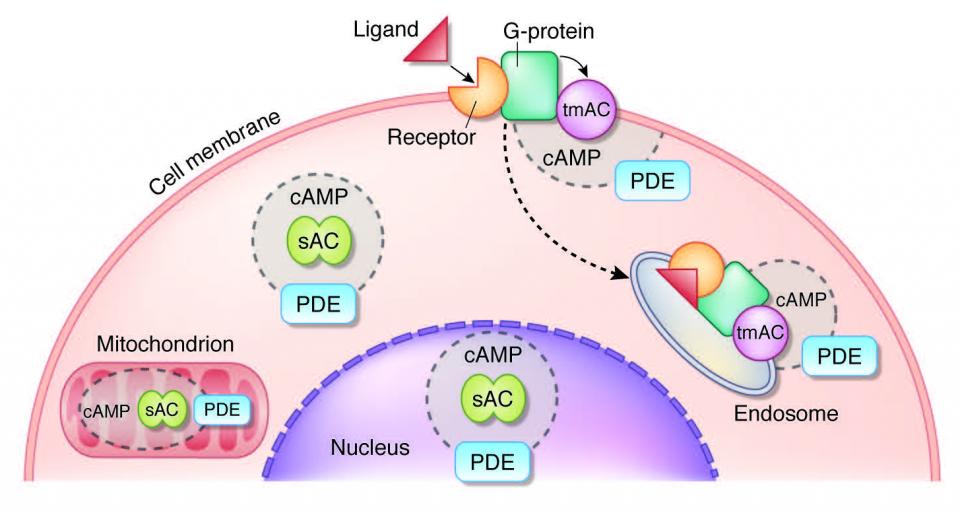 Our lab focuses on the second messenger cAMP. In eukaryotic cells, second messengers, such as cAMP, can play multiple, disparate roles within a single cell. This is achieved by compartmentalization into independently regulated signaling microdomains distributed throughout the cell. Each microdomain contains its own adenylyl cyclase to generate cAMP, effector protein for cAMP signal transduction and phosphodiesterase to degrade cAMP. Mammals possess two distinct classes of adenylyl cyclase, the hormone-responsive, transmembrane adenylyl cyclases (tmAC) and the bicarbonate-regulated soluble adenylyl cyclase (sAC). sAC has been shown to be the source of cAMP inside the mitochondrial matrix and inside the nucleus. (See Figure)

We purified and cloned sAC, and it is now studied in our combined laboratory. Despite its more recent discovery, sAC represents the primordial cyclase in mammals. In contrast to tmACs, which are modulated by heterotrimeric G proteins in response to extracellular signals acting through seven-transmembrane spanning, G protein-coupled receptors, sAC is directly regulated by intracellular signals such as bicarbonate and calcium ions. In biological systems, carbonic anhydrases (CA) equilibrate bicarbonate ions with carbon dioxide and pH. Via this equilibrium, sAC and sAC-like cyclases, serve as “Natures carbon dioxide/bicarbonate/pH sensors” throughout evolution. (See Figure)

sAC is most abundantly expressed in male germ cells, and it appears to mediate the bicarbonate-induced, cAMP-dependent processes required for sperm to fertilize an egg, including capacitation, hyperactivated motility, and the acrosome reaction. Being a bicarbonate/carbon dioxide chemosensor, sAC plays a number of other physiological roles in mammals.

Characterization of sAC and its physiologic functions 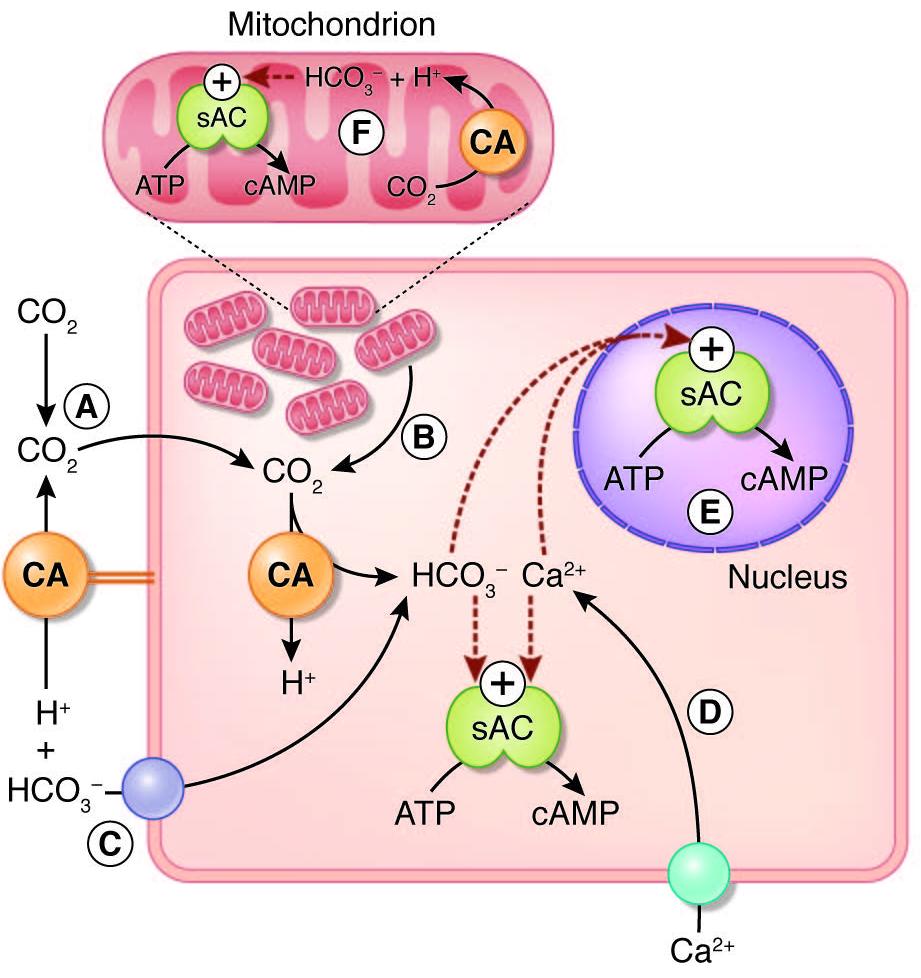